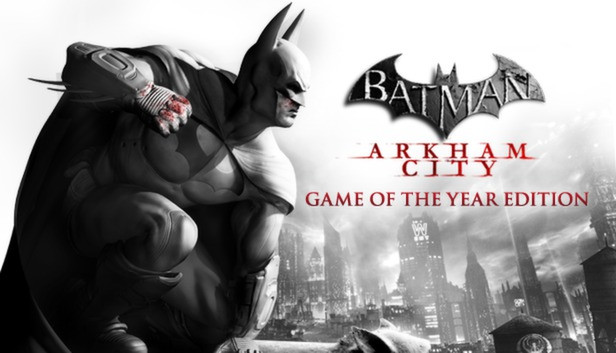 Batman: Arkham City - Game of the Year Edition on Steam

Batman: Arkham City - Game of the Year Edition on Steam

RockSteady Studios and Warner Bros. Interactive Entertainment deliver a hack & slash adventure featuring one of the illustrious heroes likely known by everyone, no matter how small or old - Batman. The Bat returns in Batman: Arkham City that follows the events of Batman: Arkham Asylum, which was decided to have a part of Gotham serve as a prison to keep the other districts safe. This decision is not loved by all and is especially disliked by the city's benefactor Bruce Wayne, and naturally, it does not end well… Buy Batman: Arkham City (GOTY) Steam key to embark on another vigorous adventure!

What happened in Batman: Arkham City?

The game starts with an intriguing scene where Bruce Wayne is declaring the dangers of the Arkham City prison at the press conference. TYGER mercenaries suddenly disrupt the conference, kidnapping Bruce and imprisoning him in none other than Arkham City. You assume the role of our hero and once you wake up, you realize you are prisoned in the slums of Gotham city, however, there is no time to be confused! You must figure out the reason behind this action, and investigate Hugo Strange, a mysterious ward in charge of the infamous Arkham City. If you have the guts, buy Batman: Arkham City (Game of the Year) key and enter the gripping narrative to resolve the mysteries!

• Famous characters. It is no secret that Arkham City has become home to the most notorious criminals from the Batman universe, so rest assured that you will meet Catwoman, The Joker, The Riddler, Two-Face, Harley Quinn, The Penguin, Mr. Freeze and many more;

Spread the word about it and earn 10.00% of the purchase price on sales you refer.